In 2007 the first iPhone was announced and I lived in a very small room where I had to stuff my bed and a desk with my computer. The upside was that I could use my computer's screen to watch some movies from the bed. The downside was that I would either need to get up in order to shut down the computer, or learn to sleep with the whirring noise of the fans.

I didn't have an iPhone (they weren't available in Italy yet), but I had an iPod touch (which was the closest thing to an iPhone). The App Store would not be released for a few more months, and the only way to run any custom code on an iPod (besides jailbreaking it) was to resort to Safari.

uRemote was an AutoIT script that started a web server on port 80. The web interface looked very similar to what at the time was called iPhoneOS, but in reality it worked with anything that could connect to it (I often used my Nokia N80 to test the interface). Once connected, a mobile device could be used to send commands to the computer by navigating the web interface handled by the AutoIT server.

I added compatibility with WinAmp, iTunes and AVS DVD Player. VLC and Windows Media Player were on my todo list. Through uRemote I could control the playback, shutdown the computer, and (for iTunes and WinAmp at least), search the media library using the phone's keyboard.

Once the App Store was released, web app like these quickly ceased to be meaningful, so I abandoned the project before getting to a first public release. But hey, I got to watch movies and turn off the computer from my bed. :) 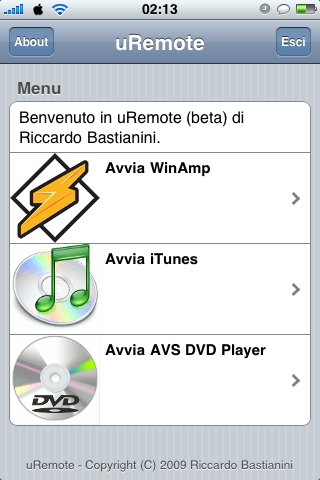 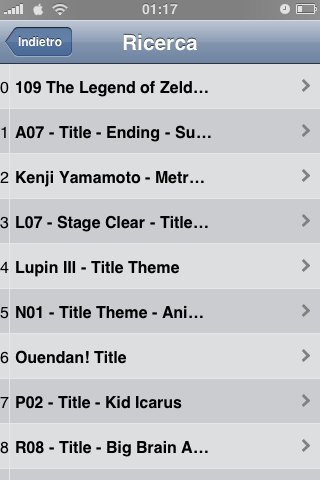 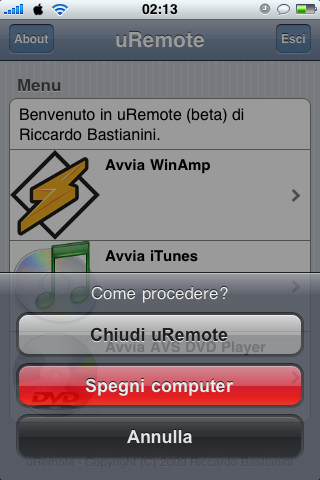